I am worried about the robots.txt file for my client website which you can see here: 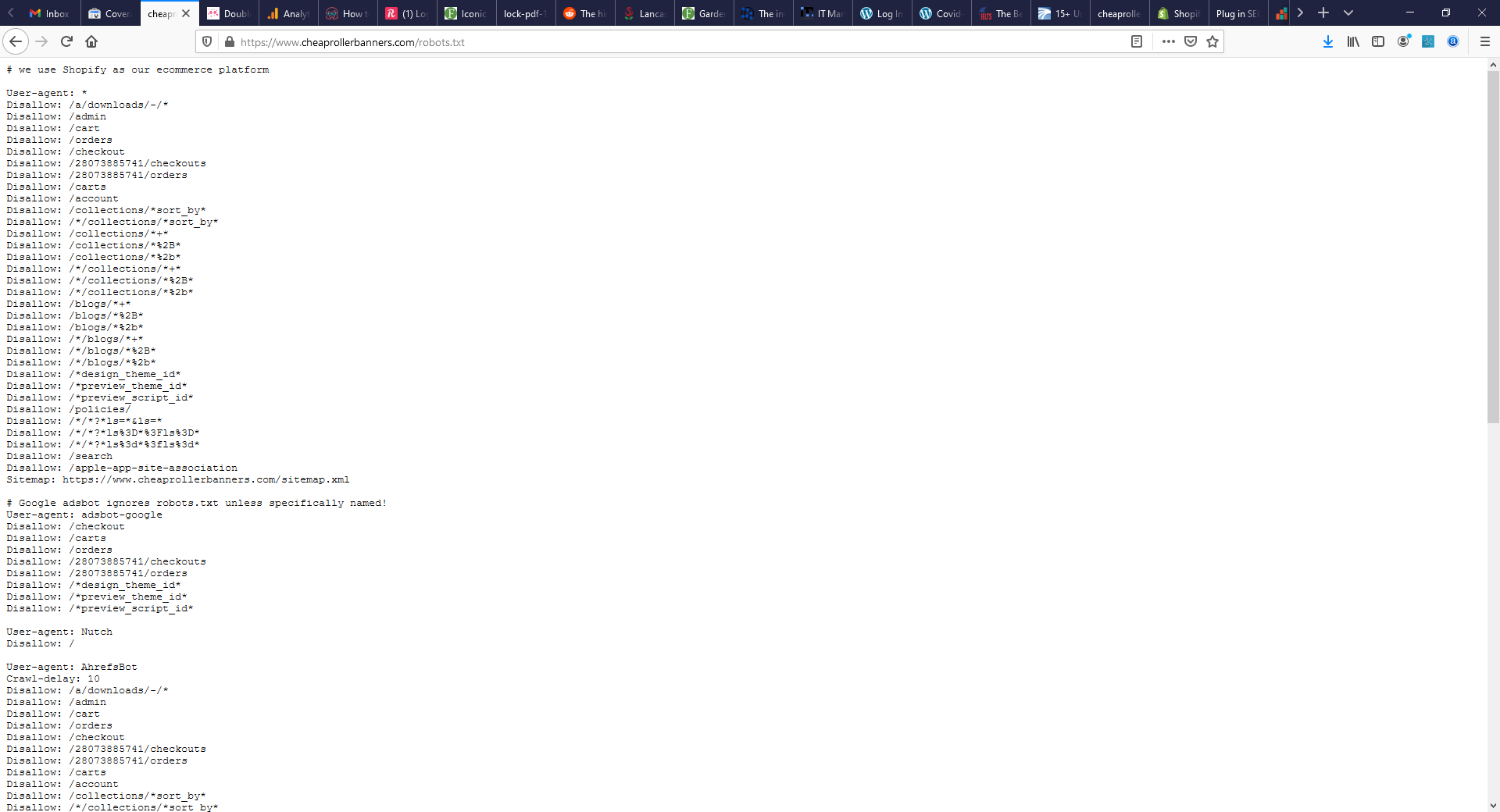 is this blocking the blogs and collections pages from being indexed by the search engines?

Yep. Your blogs and collections pages are prevented from crawling.

SEO Booster - The best Shopify SEO App
- Was our reply helpful? Click Like to let us know!
- Was your question answered? Mark it as an Accepted Solution
Thank you!!!
1 Like
Reply

Search engine spiders will crawl your full website to temporarily store your site pages for indexing. Generally speaking, most website owners are happy that search engines crawl and index any page they want; However, there are cases where you don't want the pages to be indexed.

is there anyway to fix this guys? I can pay if anyone thinks they can sort it

@Eavesy, robots.txt file is not blocking all collections and all blogs pages from being indexed on that site.

The screenshot given is a stock standard Shopify robots.txt file. So any blog and collection URLs, if they contain a "+" (plus) character, will be prevented from crawling. The strings "%2B" and "%2b" are just a URL encoded '+' symbol, so mean the same thing.

While not officially documented by Shopify, I would assume that the reason Shopify has added this config is to minimize their own server resource usage (at scale). It'll also help a bit with unnecessary Googlebot crawl-budget consumption and infinite crawler traps. Most of the time (but not all the time) those faceted nav are not very useful to searchers, so it's usually a good thing that they are not crawled/indexed anyway.

Here's an example of paths that would be allowed vs. blocked with the default Shopify robots.txt:

This doesn't seem to be an issue at all for your site, because tag faceted/filtered links are not even being used internally on collections or blogs.

Full time Shopify SEO guy, based in NZ. Sometimes freelance outside the 9-5.
1 Like
Reply

It's not so much about resources, but the above is correct on there being no block to the collections or blogs. The others posting here are just wrong.

When the filtered by tag urls are used there's a chance that the tags could be shown in different orders (eg something+else or else+something) but still return and show the exact some content. There's an advantage to not indexing those to reduce duplicate content risks. It doesn't stop your main collection being indexed.

I jump on these forums to help and share some insights. Not looking to be hired, and not looking for work.

Don't hand out staff invites or give admin password to forum members unless absolutely needed. In most cases the help you need can be handled without that.

Thanks guys, will stop worrying now