How to find beta testers for your new Shopify app

Many app developers post messages on this board looking for beta testers and first users for their new Shopify apps.

It seems that their success is very minimal, and it makes perfect sense.

There are two audiences visiting this forum: store owners and app developers.

So the store owners that agree to test a new app are just nice people trying to help beta-test an app that might bring them some value (probably not the reason they landed on this forum).

There must be better ways.

Dear experienced app developers - please share with the rest of us how do you go about finding those first users for a new app.

Honestly, Facebook Groups are your best bet. Shopify Entrepreneurs is a personal favorite of mine. Join the group, provide some value by answering questions and giving relevant feedback/advice, then ask for beta-users for your app. Worked well for us. The group has over 90k members, so it could be a marketing channel for you in the future as well. You can find the group by searching "Shopify Entrepreneurs" on Facebook

How do you even go about beta testing your app?

Do you create 2 versions ? One custom app for development and beta testers, and another public app that will actually be released?

I created my app as a public app and just realized today that I can't add it to stores other than my own. I also thought it was crazy that you can't have dev keys/URLs for an app - I'm sure most app developers want a dev/test/qa environment to work on before publishing changes.

Am I missing something? Is the answer just 2 versions of the app?

My logic was along the lines of:

- My app helps with promotion.

- Search social media for shopify owners that are already trying to do what I want to help with.

Want to increase conversions or get more social media attention? Try Brisa Video Creator to quickly and easily create videos that engage your viewers!
1 Like
Reply 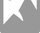 PublicApps
Shopify Partner
https://public-apps.com/
78 3 22
Yeah, I pretty much apply the same strategy. A second/third custom dev/staging app configured with an url to my dev/staging environment
Just trying to help out.
- If my reply was helpful, please Like it or mark it as Accepted Solution to let me know!
- Need store customizations? Then consider Hiring us.
2 Likes
Reply

That's great to know! Sounds crazy to me, and weird that Shopify docs I've read don't mention this, but as long as it works, I'm happy with it!

Thanks for the reply :)

@PublicApps  We tried to do the Custom app with the URL to our QA and prod. It installed perfectly with the beta testers development stores but errored when trying to add to their live online stores. The platform would not allow us to add the donation product to their stores that is required for the app to function correctly. We are trying to figure out how to move forward with Beta testing before submitting to Shopify.

Any recommendations are appreciated.