Can't login since yesterday 3-30-20,Due to an unexpected technical problem, Shopify is temporarily u

Error Message upon trying to log in. We'll be back soon. Due to an unexpected technical problem, Shopify is temporarily unavailable. Please check back in a few minutes – we'll be up and running in no time!

Please help us get back into our store cool-chaos

Helen here from Shopify Support. I'm sorry to hear you have been having difficulties logging into your account. I’m here to help!

We aren’t currently aware of any login issues. Therefore, as a starting point, please try the following two troubleshooting steps:

Let me know if either of these steps make a difference, and we’ll go from there. 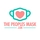 Due to an unexpected technical problem, Shopify is temporarily unavailable. Please check back in a few minutes – we'll be up and running in no time!

What can I do?

having this SAME ISSUE

I bump into this message every so often. I think usually because I'm logged out of my account or something along those lines. Might be worth checking.

Also is the URL your typing in: www.shopname.myshopify.com/admin ? or is it something different? from a bookmark etc

Having the same problem. I am unable to log in as well as my employees. The only workaround is accessing site through an incognito/private window. This has been going on for about a week. Not happy that the only way I can access my store is through a private window. Is there a fix yet?

I think this is a question for the Shopify team.

That said, have you tried clearing your browser data? (you will have to log back into all your accounts if you do this), it could be a weird session/authorisation cache issue that needs clearing.

This happens constantly and it gets stuck like this indefinitely. It's clearly not actual downtime, as I can always open a new incognito Chrome window and log in, but in standard Chrome it will stay broken until the cache is entirely cleared--which is not fun as it forces a log out of many other services I'm currently signed into. It happens to my partners as well, on different operating systems and computers, so it is not at all uncommon.

Just chiming in here as I've also been seeing this issue frequently over the last several weeks. In general the app is requiring us to log back in frequently, which never used to happen. Most times it just goes smoothly - but at the expense of being brought back to the home Dashboard regardless of what page we were working on, which is a pain.  But, every now and then we get this exact issue where it prevents us from logging in entirely. I also see several other threads in the forum addressing the same issue so clearly this is a little more widespread even if it isn't any sort of downtime with the servers.

Clearing the cache DOES fix the issue, but it also causes a lot of headaches and losing any other open Shopify tabs, etc.

Is there anything being done to resolve this other than telling customers to clear their cache every time it happens?

Clearing cache is not working for me. When is Shopify going to fix this? I specifically used shopify so I wouldnt have to run into these tedious problems.