Customer complaining about being charged twice

We have a customer that says they were charged twice while placing an order.

We only received the payment once through shopify on his mastercard. He says he was also charged through paypal, and received 2 charges on his mastercard.  We did not receive the money from paypal.  He sent us his CC statement that shows the two charges from us, but definetly only received his money once.
The notes on his order show that he tried to process the payment on paypal, but that it was unsuccessful.

We tried reaching out to PayPal yesterday but the wait time is over 4 hours on the phone and online chat.
Wondering if anyone has seen this before? We want to not deal with anymore and just refund him, but part of us thinks that there may be some kind of scam.
Anyone have any advice?
0 Likes
Reply
Labels:
Highlighted 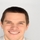 Great question! Definitely not a scam, but there may be some confusion on the "charges" that are appearing. I suspect that your customer's Paypal account is attached to their MasterCard, the same Mastercard they used to finalize the payment the second time around. When a payment fails, the charge will typically appear on a mobile banking app. It is not an actual charge, but rather an "Authorization" - Authorizations appear as the credit card owner authorized the system to charge their card; however, as it failed, the charge didn't go through. Authorizations then remain on the account for 2-5 business days. The processing time heavily relies on the bank's processing times but regardless, the amount will fall off eventually. Your customer can call the number on the back of their credit card as they'll be able to confirm the first charge is an authorization and the second was a successful charge.

Hope that helps clear things up; however, if you have any questions, let me know!

I have customer stating that they were charged twice. They used a Visa.

Can someone please help me.