We have 4 registers in our store. Today, 2 of them began printing Receipt #'s (the last 6 digits of order.source_identifier in JSON data) instead of the Order # (order.name in the JSON data) at the top and bottom of the receipt. The other 2 registers still print the order # as it has been for the last year. These types of changes are incredibly frustrating for us as the order # was incredibly helpful to us in identifying orders in the back end.

I have attached a copy of what 2 of our registers are currently doing. Note the "4-22575." Normally it would print our order number which we prefix with an S, so it would be something like "S57948": 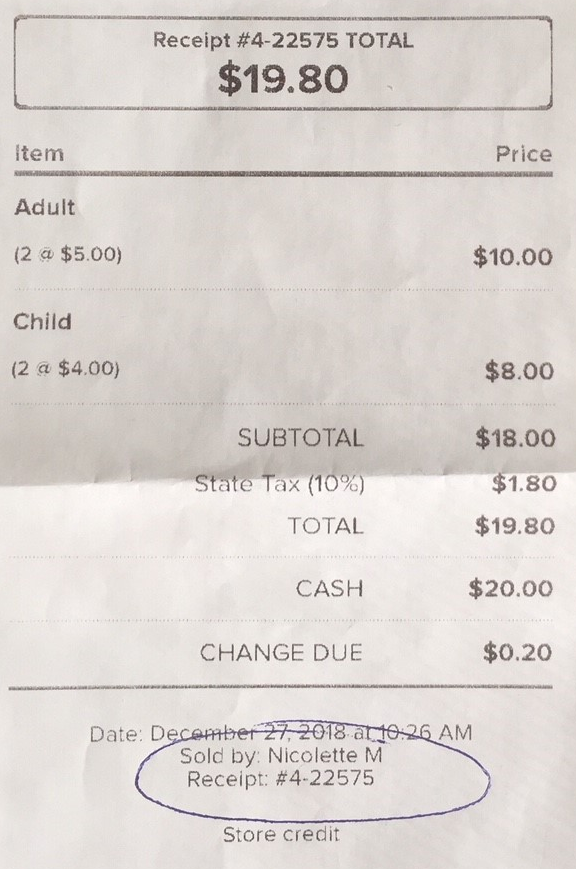 Can anyone provide clarification as to how to get it back to showing the order.name?

Hi Brandon SPX!  I'm sorry that you had to deal with that. I would like to follow up with you to see if all of your printers are now displaying receipt numbers.  If you have a couple minutes to spare, please email me at:  erin.chan@shopify.com.

It's worth noting here that the new receipt numbers are searchable in the admin on both web and mobile, as well as in the POS app itself. This change was made to improve the performance of POS checkouts.

We are perfectly capable of changing our process around to use the receipt ID but I think it highlights a few issues with Shopify POS:

I'm not trying to create a major stink about this, but I hope I'm at least getting the point across that even seemingly minor changes can create issues for your customers. In one of our busiest weeks of the year we had no idea what was happening when our registers began what was essentially an update that broke our discount flow.

This has also caused a major issue for us as well. For the past 3 years we have used Shopify POS the order number was the same as the receipt number. Suddenly it changed right during the busiest holiday of the year so that they no longer match. We sync our sales to Quickbooks Online and when the receipt number does not match, it takes twice as long to reconcile the deposits everyday. Now I have to have my store manager write the actual order number on every receipt before she turns in her daily deposit worksheet. Makes double work for everyone. And as you mentioned, Shopify did not let us know they were even doing this change.

Hi I have an exactly same problem as other people on this thread. Is there a way to resolve this?