Recently started selling on Amazon US and now I want to make another selling channel with Shopify.

I don't know how to set taxes settings. I have the office in Europe. My products are in Amazon warehouses.

Should I add all warehouses addresses in " County, municipial, and state taxes" section ? 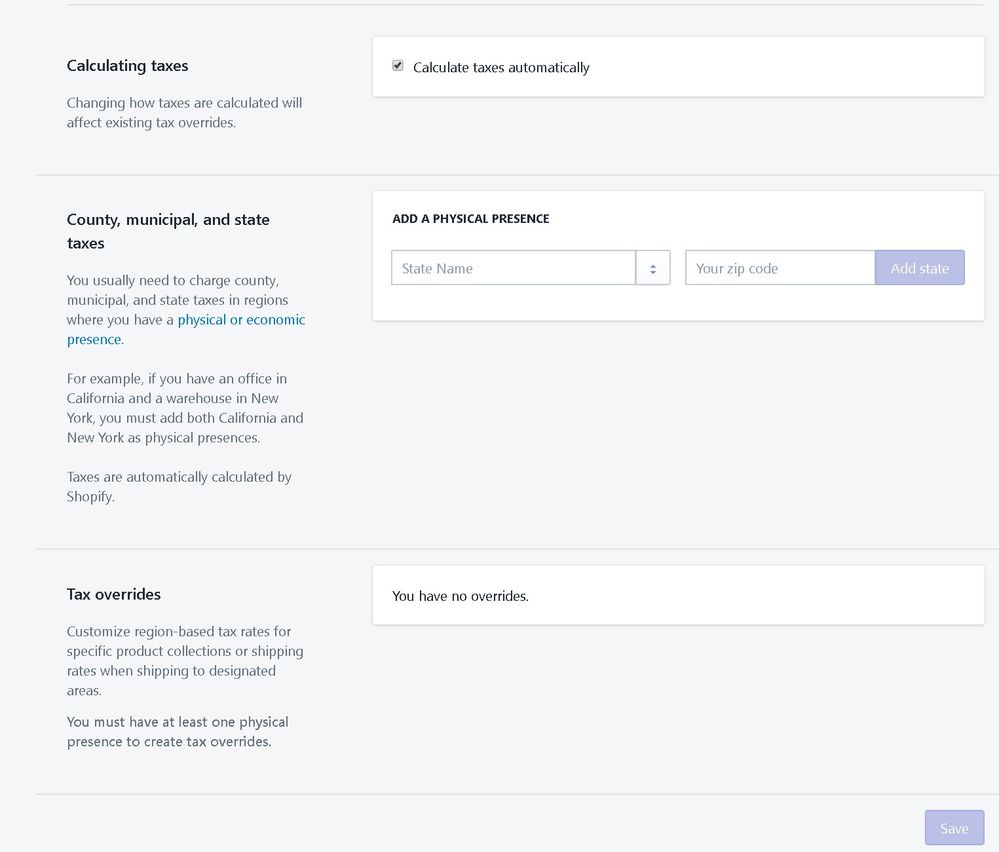 Re: How to set taxes? Sale in US with Amazon Fullfillment

You need to consider both physical nexus and economic nexus.

Since your office is physically in Europe, your physical nexus is there. It's not at Amazon's warehouses. Plus, it would be nearly impossible to keep up with which warehouses have your items.

It's pretty confusing, but this article does a good job of breaking it down.

Re: How to set taxes? Sale in US with Amazon Fullfillment

For your problem, Here is a list of tax setting guides for Shopify I found on Avada a few minutes ago. This list consists of How to set the tax rates for a new location, set up automatic tax rate, update tax details, set up tax-exempt customers, set up tax rates manually, charge tax on Shipping rate, ...

I hope it helps!

Avada is an e-commerce solution provider based in the heart of Vietnam where the best developers unite. Founded in 2017 by Mageplaza, Avada is responsible to complete the mission to help 1 million online businesses grow revenues.
514 Views
0 Likes
Reply