It looks to me as though Shopify is incorrectly calculating taxes when "Calculate taxes automatically is clicked."

The California BOA website says the same thing (https://www.boe.ca.gov/sutax/faqtaxrate.htm#5): you only have to collect district taxes if you make a sale to someone else in the same district in California. When you sell to other districts in California, you only need to collect district sales tax if you are "engaged in business" in that district. The website defines engaged in business, but the relevant part here is if you: "Ship or deliver the property into the district using your own vehicle."

If I am located in a district, am I subject to my district's tax if I make a sale to a person located outside the district?

You are generally not required to pay for your district's tax if the customer does not take possession of the property in your district.

However, if your customer is located in another district, you are generally required to pay that district's use tax if:

Shopify appears to be charging district taxes to those in counties in which I am not engaged in business.

Am I missing something?

That's odd because it's the opposite for us. We need shopify to charge all the district taxes but they are not. We have economic nexus (no physical location in CA), but the only way to set that up in shopify right now is to add a random zip code, so it's only charging the correct tax rate for sales in that zip code.

Either way, the CA tax setup in shopify needs work and quickly!

Thanks for reaching out, I know how taxes can be confusing to figure out even on the best of days. California is a very unique state in the fact that it has both an origin and destination based sales tax. While county and city taxes are origin based, district taxes are based on the customer/ buyers location within California and this is why Shopify charges district taxes automatically for you with the setting. Should customers from different districts in California buy from your store no matter where you are located, there are different tax implications. I did some research and found a blog post from Tax Jar which goes into this in much more detail here.

I would recommend you visiting your local tax office or a professional accountant about this to make sure this is correct, but from what I have found out by researching this, is that if you sell to a customer who's address is based in a different district you are required to charge the tax of that specific district. Shopify has an information guide for setting up taxes for economic nexus which you can see here but I cannot stress going to see a professional accountant or your local tax office enough to make sure you are charging the right taxes based on your exact situation.

I hope this helps and explains why Shopify's automatic tax setting would charge district taxes in this case.

Therefore, it is incorrect for Shopify to charge district taxes for California customers that live outside of the district in which you do business.

I am having the same issue. I contacted the California BOA and they gave the exact explanation that Wren provided. Thus Shopify is not charging the taxes correctly. Is there anything that can be done to resolve this so that retailers don't have significant tax accounting issues?

Since the Wayfair decision many companies are having the very same problem, physical presence is not the only criteria to have a nexus anymore and it's tricky to set up in most marketplaces. I'd recommend you to use a software that calculate state and local sales taxes automatically such as Quaderno.

Quaderno automatically charges the right sales tax rate in every sale, updates the them when they change, and notifies you every time you surpass a sale threshold. Also, with Quaderno tax reports, tax filing is a matter of minutes not hours.

Disclaimer: I work at Quaderno. If you have any questions, please feel free t reach out. I'm happy to help.

Ana7, I see you posting a lot about your solution.. But as far as I can tell from reading and watching the video at  https://quaderno.io/integrations/shopify/, Quaderno shopify integration does not actually calculate tax rates per order, but merely produces receipts and reports.  On that Shopify landing page, there is NOTHING about calculating taxes.  If it does integrate with shopify to calculate taxes, you guys did a terrible job explaining that.

Then it's definitely our bad and I thank you for pointing it out. Quaderno automatically calculates sales tax (state and local in US) on every sale, in real time. Indeed! We also notify users when they have surpassed a sale threshold and they have to start collecting sales tax (i.e. Economic Nexus in the US or VAT/GST thresholds in other countries). And, of course, we also send tax compliant invoices and generate instant tax report so anyone can easily fill their taxes.

I understand that you have checked many of our resources but in case you wish more info, this is our Sales Tax Guide For Shopify sellers.  However it would probably lack of info on tax, as you said before. Again, I really appreciate your feedback.

"Quaderno automatically calculates sales tax (state and local in US) on every sale, in real time. Indeed! "

This is exactly opposite of the answer I got direct from the company:

"we apply the taxes that Shopify applies in their checkout. Quaderno does not handle the tax calculation there, but rather Quaderno allows you to have all receipts from Shopify in one place. So if it's not possible to add this CA tax calculation in Shopify, then unfortunately this can't be updated from Quaderno's side."

Shame on me! You are absolutely right. Quaderno does as I said for other platforms and payment gateways but not for Shopify since they provide the tax. The Quaderno support team, of course, gave you the correct answer. Quaderno lets you know when you have hit the limit of sales and gathers all the data from Shopify and other channels for you to file taxes. My apologies for the confusion. 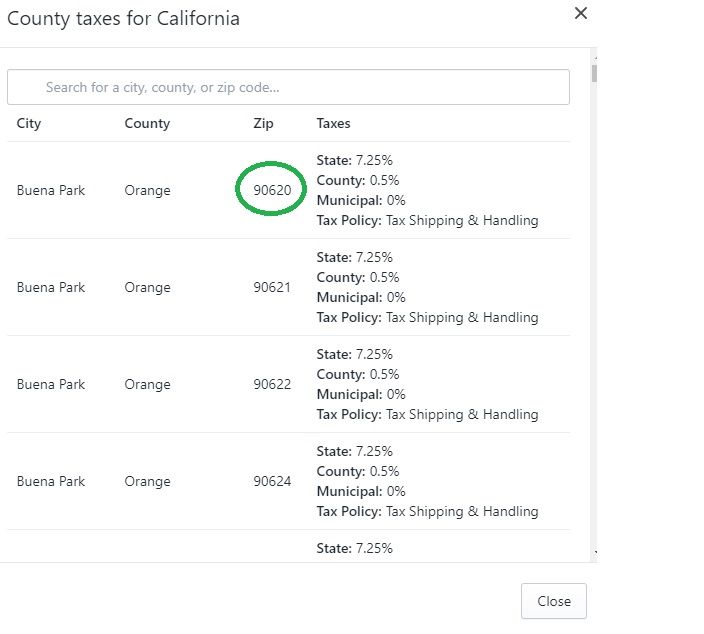 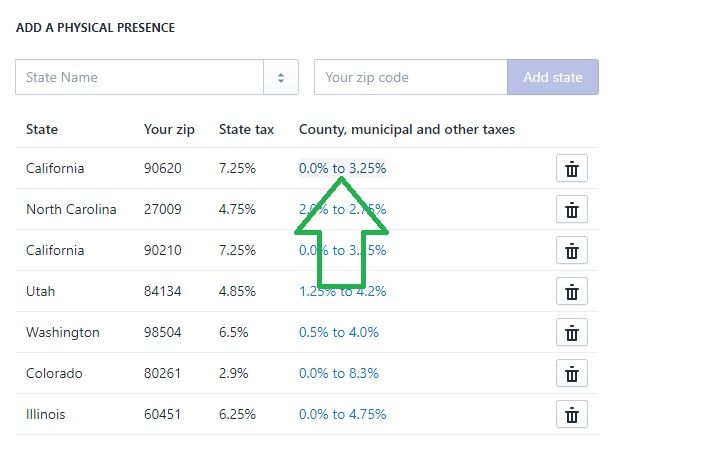