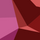 I'm currently trying to do the following tutorial: https://shopify.dev/apps/getting-started/create

This uses new commands as shown in the tutorial above. I am using `shopify app create node` to create my new embedded app.

The initial setup of the app is fine, but when trying to serve the app locally using `shopify app serve`, i run into ngrok problems, telling me that the tunnel has timed out.

I shouldn't have any tunnels running before i start the app, and i can confirm that by running `shopify app tunnel stop`, to which it says `ngrok tunnel not running`

I've tried things like deleting the cache from `./.cache/shopify`, restarting my computer, restarting VSCode and making sure no other processes are running.

Below is a screenshot of my steps

Any help is greatly appreciated!

Re: Ngrok tunnel has timed out

I ran into a similar problem and found this post. The command "shopify app tunnel stop" did terminate the ngrok tunnel for me, but I had to take is one step further before serving to another tunnel.

I had to "killall -9 ngrok" in order to successfully reopening a tunnel.