Nameservers, A Records and CNAMES, oh my!

Nameservers, A Records and CNAMES, oh my!

Could someone please explain (preferrably in very small words as I am feeling very stupid right now) what on earth the differences and significances are of Nameservers and A Records?

My current situation is this:

We had a domain and hosting with Ph9. I have transferred the domain to GoDaddy. I want to point the domain at my Shopify account.

When I go to my GoDaddy account I don't see what the Shopify guide tells me I should see. Instead the DNS page tells me that my nameservers are currently

I assume I need to change them since I will no longer have anything hosted or registered to PH9. But do I change them to GoDaddy or Shopify?

Shopify is telling me I will need to amend the A Record and CNAME which I understand are different to the nameservers.

Am I right that the A Name is the ISP and the CNAME is the shop's current subdomain? So these would need updating to forward people visiting the domain nickerynookbedale.co.uk to see my shop at nickerynook.shopify.com.

I believe I can ADD A Records at GoDaddy somehow but GoDaddy is currently giving me the option to change the nameservers. What ARE they? (in layman's terms?)

If I change the nameservers am I right that the email I currently have hosted at PH9 will disappear?

I don't want to mess with any of the settings until I know what I should be doing.

Thank you very much 🙂

A nameserver is a computer somewhere that stands ready to answer queries about where your site is.  An A record is the piece of information that the nameserver stores, which associates your domain name with an IP address.  A CNAME record is a different piece of information the nameserver *could* store, which associates a name with another name.  The domain registrar is in charge of reserving your name and verifying your identity to the extent that's necessary (for most domains, not very far).  The domain registrar records where your nameserver is, but (although many registrars offer both services) in principle the registrar is not the same thing as the nameserver.

The general pattern when someone wants to connect to a Web site is that they ask the registrar where the nameserver is, then they ask the nameserver where your site is.  If the answer is a CNAME record, then they have a new name to look for and start the process over.  If the answer is an A record, then that's the IP address of the computer they will connect to.

In order to point the domain at your Shopify store, so that people who type "nickerynookbedale.co.uk" will see your Shopify store, you must change this setup so that the final A record will point at Shopify's IP address, which is 23.227.38.32 .  You can do that either by telling your existing nameserver, which is Ph9, to create an A record saying that; or by telling GoDaddy to change your nameserver to something other than Ph9, and telling the new nameserver (which might well be GoDaddy) to create the A record.  Either way you must tell the nameserver to create the A record (or change an existing one).

Don't tell GoDaddy that Shopify is your nameserver; Shopify does not provide name service except for domains bought from Shopify, so doing this will mean that attempts to visit your Web site will fail.  You need a third-party nameserver if you have a domain bought from a third-party registrar.

I don't know whether Ph9 allows you to edit your A record to point at something other than themselves.  If they don't, then you'll want to use something other than Ph9 (most likely GoDaddy) as your nameserver.  But if you can edit your A record on Ph9 then it's your choice whether you want to continue using Ph9 as nameserver or switch to somewhere else; you'd make that decision on which one you find easier to use, prices, customer service, and so on.

Email sent to your domain will by default be sent to the server in the A record.  If that is Shopify, you have a problem because Shopify doesn't accept email at that address (at least, not for third-party domains).  But you can create a third type of record called an MX record, which is a little like a CNAME just for email.  You could point that at Ph9 if you want to continue using Ph9 for email, or you could use some other service provider.  If Ph9 complains about the fact you're no longer using them for your main hosting (A record) then you have to sort that out with them, but from a technical perspective there's nothing to stop this kind of split configuration from working.

In addition to pointing the domain name at Shopify's IP address by setting the A record and nameserver appropriately, you must notify Shopify that you're using a custom domain, as described in https://help.shopify.com/manual/domains/connecting-existing-domains/setting-up-your-domain#add-an-ex... .  Otherwise, when visitors connect to Shopify's servers, the servers won't know that the requested domain is supposed to be your shop.

As an example, my own configuration looks like this:

Registrar:  baremetal.com  (equivalent to GoDaddy for you) - this is who I paid to buy the domain in the first place.

A record for northcoastsynthesis.com:  23.227.38.32  That is Shopify's IP address.  This is something I configure by telling the nameserver what I want in my A record.

MX record:  points at a forwarding service (which in my case happens to also be part of baremetal.com, though it could also be anywhere else I might arrange to get such service).

Note that I also have several other A records for other subdomains, like audio.northcoastsynthesis.com, which point at other servers instead of my Shopify storefront.  I configure those at the nameserver and the respective Web servers elsewhere on the Net.  Similarly, I have a few other "alias" domains, like north-coast-synthesis.com, pointing at this same storefront with the same configuration.

Wonderful! Thank you so much 🙂

I just wanted to help anyone with an iPage domain that you are trying to connect to Shopify. This post helped me and the reason my CNAME and A Record didn't connect is because the NameServers were pointing to "domainconnect" instead of the hosting server I had which is ipage. I attached a photo that gives the location you need to change in iPage - In other hosting companies look for "NameServers" and switch it to your hosting company name.. example: ns1.ipage.com.

Hi @Lizzie2805, I made a video tutorial for you on how to settings Nameservers and A Records. Hope this
https://www.askquesty.com/post/how-to-activate-nameservers-cnames-and-records

Hi @Lizzie2805, I made a video tutorial for you on how to CREATE Nameserver, Records and CNAME. Hope this helps! https://www.askquesty.com/shopify-answers/cnames-shopify-tutorial

I want to change the CNAME of my domain to shops.myshopify.com but i have the message : "Root CNAME record is forbidden. Use ALIAS record instead." and when I put it as ALIAS, and then verify mydomain into shopify I have the message "cname is empty".

My domain provider is pananames.

Can you help me please ? 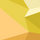 We’ve got 12 great tips to increase your Instagram following Here! From hashtags to filter...

“Is Instagram dying?” The short answer is, no! But lets explore some things to consider wh...