I would like some feedback on my store Time4GoodCause

I would like some feedback on my store Time4GoodCause

Hi! I would like some more feedback on my store. I wrote a post here a feew weeks ago and I have now made a lot of changes and improvements. So if someone would like to take a look at my store again, I would be very happy.

I really like how it looks! There are a few minor things I would change, but the one that jumped out at me first is that it appears you have two currency converters that don't show the same thing.

If you have any questions or want more detailed feedback, you can email me anytime at lily@asterly.io

I run a small web service and consulting company. Our first consult and evaluation is always free with no strings attached.
323 Views
1 Like
Reply 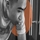 I'm Richard Nguyen from PageFly. I would like to give you some comments from my experience in CRO method.

You can refer to this article to get more tips to personalize your e-commerce store. Or this guide to know how to optimize conversion rate for your store.

On our website, we also use a sticky header:

This feature is available in some themes so you just need to enable it. In other cases, you may need support from the theme support team. Feel free to contact them.

Hero banner is the first thing that visitors will see when they visit your site. This is a simple and straightforward way to instantly captivate visitors. So it would better if you use an image that shows clearly product you provide.

Or you can feature a best-seller product on the hero banner as the B&H Photo did:

And consider adding product images with a model. It can’t be denied that customers easily have an overview of products when shopping in physical stores, therefore, when they are shopping online, we need to make them feel the same. This is the reason why providing images from different angles and in-scales is very important. Because if your store doesn’t show off enough images for customers to illustrate, they will be hesitant to take action.

Many customers want to know the return policies as well as shipping info before making purchases. And this is crucial to their decision on whether to purchase products in your store. Shipping policy is essential because many customers want to know the shipping options available to them before they committed to adding a product to the cart page and go to the checkout page.

You can show these content with 1 accordion element on product image or make it appear with a popup so that when customers click on "shipping policy" text, there will be a pop up showing off (similarly to "return policy")

If you want to do more customization for your store, you can consider using a Shopify page builder. PageFly is a great app that helps you easily customize your Shopify pages and make it more attractive.

If you find my comment useful, please tell me know by giving it a like. Thank you!

Check our Evergreen List of Best Platforms To Sell Online.

Learn how to boost your sales for Father's Day with PageFly

Hello @Time4GoodCause, This is AiTrillion- an All-in-one Marketing Platform on Shopify. Here are few ways to make your store even better:

- Make announcement clickable so customers can take an action on it. Also, add a call to action button on it.

- Make sure to use email marketing to reach your customers.

To add the above marketing engagement tools there are many apps available in the Shopify app store. Instead of installing multiple apps, you can install the all-in-one Shopify app AiTrillion and get all the benefits of marketing features in a single app to drive conversions.

- Was my reply helpful? Click Like to let me know!
- Was your question answered? Mark it as an Accepted Solution
- 10+ Years of eCommerce experience.
- 1400+ Stores Designed on Shopify.
- All in One Marketing App on Shopify AiTrillion Marketing Automation
.
- 13+ Shopify Apps launched on app store.
269 Views
0 Likes
Reply

1.) They bleed pagerank and hurt your Google’s rankings.
2.) They could get you fined in California and more states are following.
3.) And they send your traffic to a site you don’t control.

And tests by major corporations have shown that they actually hurt more than they help with regards to likes and shares. And that's the only reason for having them.

Social media sites are a tool for getting traffic and nothing else.

Your bleeding link juice, sending traffic to places you don’t control and could get finned because of it.

Your goal once on the site should be to convert them into a customer and not to get a like or share on social media site.

You should never use entry pop-ups.

They do more damage to user experience than just about anything other than load times.

When someone enters your site, they enter with a goal and an idea and you break their train of thought and take them out of that zone with your pop-up.

You’re putting up a barrier between your visitors and the information they’re seeking.

And exit pop-ups destroy brand credibility, it's a lot like spamming … it works but in the long run it’ll destroy your reputation.

They make you seem needy and insecure.

Ethan Zuckerman, the creator of the pop-ups apologized for creating one of the most hated tools online.

It makes for a bad user experience. And it's a bad marketing practice.

The fact that pop-up blockers are built into browsers prove this.

After market ad-blockers confirm it.

Get rid of the pop-ups and force yourself to build a stronger, healthier content strategy.

Take all your images, resize them and optimize them for the search engines.

Resize all of them to their correct size and optimize them for speed. Done correctly it’ll pay for itself because images are normally easy to rank, because nobody has the time to optimize them correctly.

And the way you do this is by making a list of keywords that get good traffic and show buyer intent for your product.

You name the name of the folder you're putting your images in the name of your main keyword.

And you name the images the name of the keyword that best describes the image.

And then optimize your descriptions with a call to action and use the 325 character limit because the idea is to rank the images, get free traffic, and have the site pay for itself.

Looking at what major corporations are saying ...

All it takes is milliseconds to snap someone out of the zone.

Google said your site needs to have the first content paint in under a second and be fully loaded in under 2 seconds.

Your website takes 2.8 seconds for the first bite and 3.0 for the largest.

Friction is anything you put between someone and the completion of a task.

It can be anything from waiting for a website to load, to a pop-up, or even having to click to find a product.

So you are in the business of removing friction, which means making things as fast and easy as possible which in turn saves you time and money.